Deny reality! It’s just a dream… Berlin based producer Kid Simius is delivering his Andalucía EP via Feines Tier label. An hommage to the Flamenco culture of his homeland on the one hand as well as the Spanish Italo Disco scene in the 80s on the other. Typical drums, euphoric synths & pads, hammering arpeggios and a powerful voice by Flamenco singer Ana Sola are glued together just perfectly to a desiring anthem. On top Sarah Wild rearranged an acid driven version and Echonomist dropped a boiling last-minute mix leaving only scorched earth. 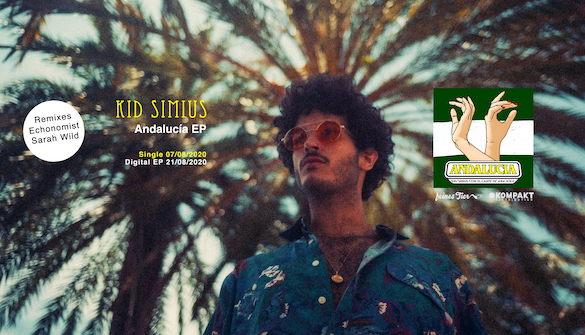