Hailing from Cologne, Germany, childhood friends Georg and Clemens have been displaying their love for hardware based live techno for over a decade. After jamming for an initial two months the two boys had enough material for a full set and started pouring their sweat over rave audiences. As a regular touring act, they have won over many crowds with their energetic take on techno.

Their sound -although continually developing- is rooted in Cologne’s minimal techno heydays. They have a hang for infectious loops, hard chunky rhythms and subtly progressive track arcs. Moreover, their sound embodies glitchy percussion, sparse melodies and hallucinatory atmospheres, but all with the restraint of minimalism.

Since an impressing performance at the infamous Fusion festival they have joined the Sisyphos family as resident live act. It is here that they regularly show the full power of the Berlin- Cologne Express. Ofering live arranged hardware techno with forward rolling rhythms. They match their audience’s energy with beads of sweat. Live, one works the drum machines and the other plays bass & melodies. In the studio, their ver – satile skillsets grant them the comfort on working all facets of music production.

In the studio department they have proven themselves time and again. releasing a strain of well received EPs on labels such as Areal Records, Acker Dub, Envelope, Keller Label, Feines Tier and Sisyphon. They provided the debut release for Sisyphon, presenting two original techno tracks and a remix by heavyweight Andreas Henneberg. Their tracks have been remixed by Kiki, Mollono.Bass, Mononoid, Nicorus and Schlepp Geist. In addition, they have contributed tracks to legions of compilations and got remix duties for industry stalwarts Jonas Woehl and Marcus Meinhardt.

With their versatile skillset and hardworking mentality they are on their way of creating their debut album and will celebrate their 10 year anniversary touring as a live act. 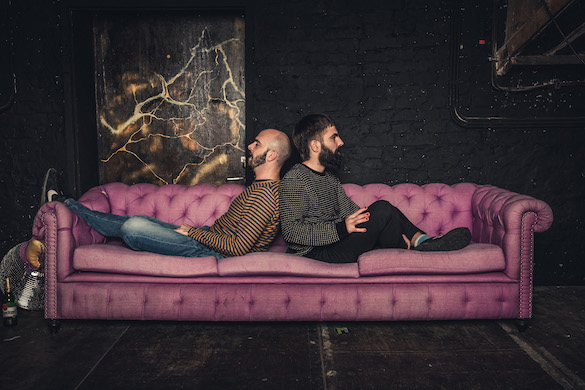